Meeting Up with An old Friend 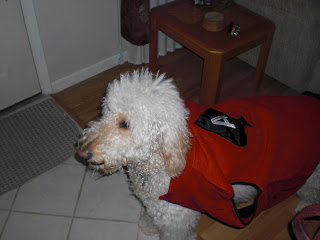 Stanley travelled back down to Denver and stayed with John & Peggy King. One great thing about the Oracle community is all the friends you make and Stanley was really pleased to find an old friend here. 'Miss Molly' attended Kaleidoscope last year in New Orleans and Stanley couldn't wait to say hallo
Posted by Debra Lilley at 8:13 AM No comments:

Stanley Says Goodbye to the Mountains 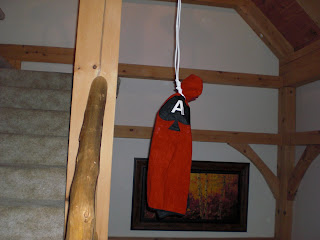 So after a fun filled weekend in the mountains Stanley had to say goodbye, however Stanley had been a bit naughty, jumping in the hot tub, staying out all night and so it was decided to teach Stanley a lesson.

Don't mess with the ACEs!
Posted by Debra Lilley at 8:10 AM No comments:

You can become a fan of Stanley on Facebook and if you own one of Stanley's Siblings you can attend the reunion
Posted by Debra Lilley at 8:06 AM No comments: 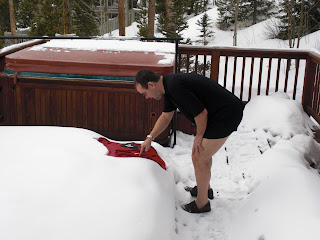 So Stanley had a dip in the hot tub courtesy of Mogens (don' ask about the pants), and then stayed out all night under the stars. 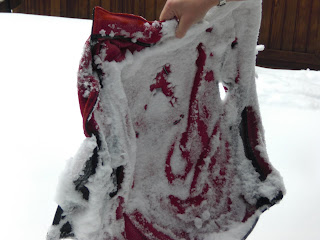 It was a clear night but rather a little cold and as hoped Stanley was a little 'stiff' the next day. 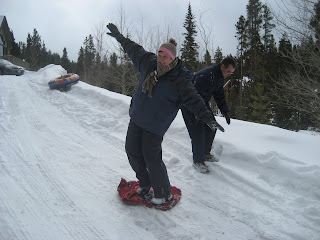 The intention was that Stanley would make a good sledge but unfortunately he did not slide too well but we had a good time trying. 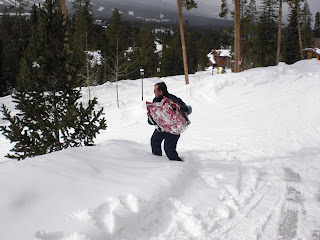 Then we decided he made a better Frisbee than a sleigh!
Click on the links and watch the videos!
Posted by Debra Lilley at 11:33 AM No comments: 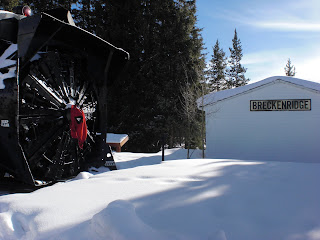 So the Foak Table folks have rented a house in Breckenridge and it is the most beautiful House. At its peak last night there were 17 people here including Stanley.

Last night Stanley was in the hot tub and slept outside under the stars. Today he is going sledging, look out for his next blog
Posted by Debra Lilley at 9:17 AM No comments: 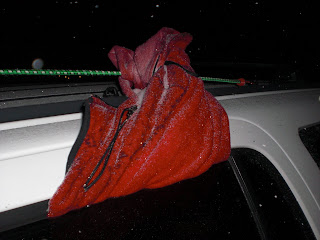 Even the most famous Oracle presenters need a break, so Stanley joined the 'Foak Table' for their annual holiday in the mountains of Colorado. There was no room in the car for Stanley once the beer had been loaded so Stanley travelled on the roof, no real hardship until the snow blizzard started. 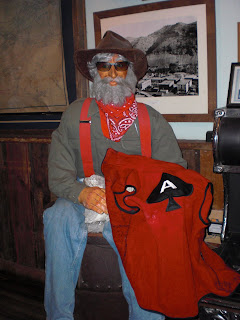 It is a long trek up the mountain so we stopped in Idaho Springs for 'Mountain Pie' or 'Cheese and Honey Pizza'. It was a great place, you drank out of jam jars and they had a world map where you added a pin to show where you live, as Stanley has a label 'Made in Vietnam' we added a pin for him there. The Restaurant Beau Jos is based on the mining heritage of Colorado, hence the miner Stanley made friends with.
Posted by Debra Lilley at 8:29 AM No comments: 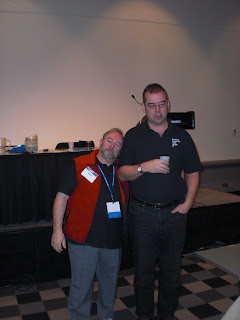 Now that Stanley is a regular on the User Group scene he needs to be more of a contributor rather than a 'groupie', so at RMOUG, Stanley stood up with two ACE Directors, Dan Morgan and Mogens Norgaard in their joint presentation 'Ignorance != Bliss', but once Stanley had been introduced to stage he wanted more, so thanks to Dan Norris he was given the chance to have his own mini presentation 'Who is Stanley'
Posted by Debra Lilley at 8:08 AM No comments:

Not the First RMOUG Stanley 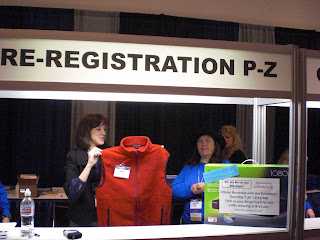 Stanley is at RMOUG and very proud to have his own delegate badge which he is proudly showing here, but it turns out he is not the first Flat Stanley to attend. A few years back Lynn Musinger brought another Flat Stanley. Now our Stanley loves Lynn and can be seen here with Lynn and Duncan Mills, but our Stanley wants to be the number one, the ACE Stanley! 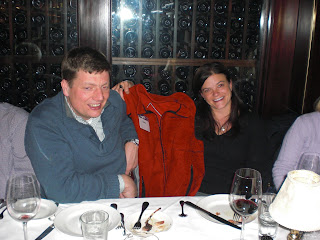 RMOUG is a great conference and Stanley has a lot of friends here. There was an ACE dinner and this gave him the chance to catch up with old friends
Posted by Debra Lilley at 6:15 AM No comments: 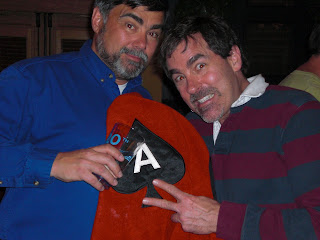 Stanley has lots of friends in the Oracle community but it is always nice to make friends in a slightly wider circle, so when he arrived at RMOUG and was met by his great friend John King he was pleased to have the opportunity to meet with John's brother.

This made me think, what about Stanley's family, he was one of a very large litter and what happened to his siblings? We know what happened to the one that what unfortunate enough to be in the 'care' of Mogens. But what about the rest? Do you know? And if you have a sibling living with you, should we have a reunion at ODTUG this year?

And have you joined Stanley's fan group of facebook yet?
Posted by Debra Lilley at 6:03 AM No comments:

Any Cleaning Gurus Out There?

Stanley has a problem, in the process of getting flat he was embedded with a fair amount of tarmac or bitumen and no matter how hot the washing machine is, it just wont come out. (Click on the photo to see the full extent f the problem). I know the original intention was to ruin Stanley, but we love him now and that would be unfair, and sometimes he gets invited to places where he really does need to be a little smarter. 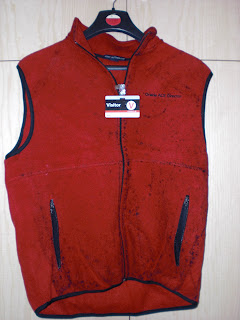 Next week he is joining Vikki from the ACE Program for an ACE dinner at RMOUG and this is the first time Stanley will have had dinner with her since his christening and he naturally wants to look his best.

So what do you do when something wont wash out? Any ideas gratefully received, but Stanley is philosophical and not too worried, at least it wasn't tattoo ink, can you imagine having a name tattooed and it being spelt wrong? Well that is exactly what happened to one ACE Director not that long ago. The video is in some foreign language but basically he is trying to show that you can be a computer nerd and still have fun, exactly what Stanley thinks!
Posted by Debra Lilley at 3:48 AM No comments:

Being an ACE is sometimes hard work! 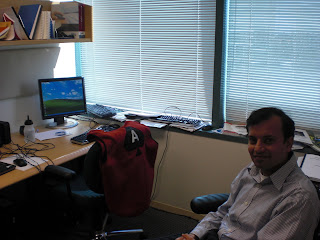 So why was Stanley taken to Redwood? Well Debra had a User Group Leader Summit with the IOUC and it seemed a great opportunity to meet up with the ACE Program.

There is a Fusion Middle Ware initiative for ACE Directors and Debra had signed up to this and so went in for her training. I tagged along and got to learn from Nishit Rao, so if you want Stanley to present FMW to EBS at your conference, get in touch.

After the training We went to lunch with Nishit, Margaret and Markus from the FMW team and we were joined by Lillian from the ACE Program. Justin was invited but wimped out although he did send Stanley an email saying sorry.
Posted by Debra Lilley at 3:14 AM No comments: