Everyone has heard of the Stanley Hotel 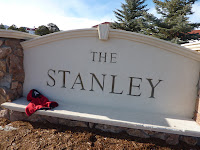 Stephen King wrote the Shining after staying in room 217 of the Stanley Hotel in the Rocky Mountains. They say it was because the hotel is haunted, what a joke. The reason the hotel has such an atmosphere is because it is mine. It like me, has a life of its own. Normally I am very quiet and unassuming but on this occasion I am proud of my heritage and thought I would tell you a little bit more about my hotel. 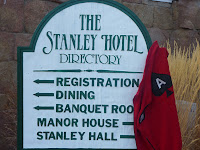 The hotel is quite a large estate, set in the beautiful Rocky Mountain National Park. This is the real reason there is a Rocky Mountain User Group, as they know it is worth having an event if Stanley is in town, it is a guaranteed success. Why do you think OTN let Vikki live in the area? 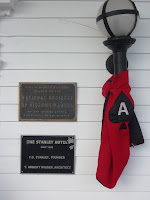 The hotel has a very posh entrance which I like to keep special to attract a lot of visitors. Some same they are visiting the place that inspired the book, but only because they don't want to tell people they are a Stanley Fan, they keep that a secret, as it is a very elite club. The hotel has a colonial feel and I am very proud of it. 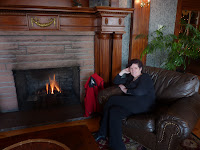 Inside there is a beautiful fireplace where people can sit and rest. Here you can see Debra and I having a little break before looking around the hotel more. There is also a lovely little gift shop where I got a nice little key fob for room 217. Check it out next time you see me. 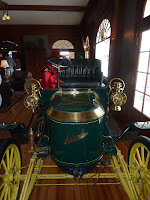 And finally before we left I had a little ride in my favourite car, The Stanley.  So you see, Stephen King may be a great author but he isn't as famous as me, he doesn't have his own hotel!

Posted by Debra Lilley at 8:54 PM No comments:

Hanging Out With The OakTable in Denver

I keep saying it but I love RMOUG. Not only do I get to see a lot of my friends but for the last 2 years I have been on holiday afterwards with many of them up in the mountains. 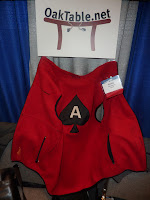 Keepers Dan and Mogens are members of the OakTable, in fact Mogens is one of the founding members. This year I was tired before I even arrived,  Debra had been in the US for four weeks already, but I had spent 2 weeks with keeper Dan; again 3/4 of us together, actually we were expecting Mogens to come over but he had to pull out.

Anyway the OakTable have this challenge at conferences, that people can ask a question of them about the database. I was on duty for a while at the OakTable booth, were I tried to answer questions but again no one could hear me which is good as I don't really understand understand these data bases or do they mean director ACES? Debra was there as well, but she will never be an OakTable member she knows less than me. Tim Gorman called her an OakTable Groupie last year but I don't understand that either!


I also went to support Debra through her presentation which Cary told me was on leprechaun physiology which I am an expert at, being myself a legend living in Ireland! However she kept talking about middle wear, is that some kind of spandex? 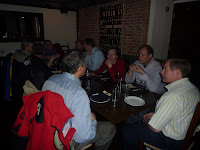 That evening we had the ACE dinner and again I was with special friends, Graham Wood, Alex Gorbachev and Cary Millsap. Cary is one of my favourites and he makes me laugh, I don't understand his jokes but what is even funnier is watching Debra ask for explanations as she doesn't either. 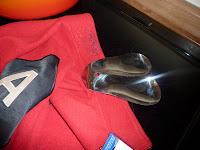 Normally at RMOUG Mogens's celebrates his 'american' birthday, and people give him silly presents. He wasn't here this year but at Debra's pizza party I spotted something that I think belongs to the present that Dan Fink gave Mogen's last year. I won't tell you what it was you will have to guess, however a clue is his American name, Moans Longballs Nogood.
Posted by Debra Lilley at 8:26 PM No comments:

Another favourite conference of mine is RMOUG, I think it stands for Rocky Mountain Oracle User Group. 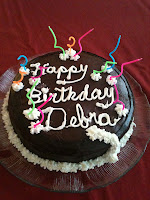 We stayed few days with John and Peggy King and then it was Time for Debra's birthday.  Couple of years ago Peggy made a birthday cake for Debra and this year I have to say it was even better.

It was Tim Gorman's idea that we should have a pizza party and brought many toppings around to the house and we had such a great time, even though he and Dan Fink had to rush out and buy dough which we had forgotten!
I tried very hard to stay clean but it just doesn't happen, I was filthy, but more about that in a minute. 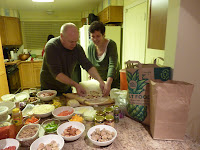 The pizzas were fantastic, thankyou Tim, I can't wait till next year when you and Debra hit the big 50! That will be some party but I am watching how keeper Mogens celebrates his this year to see how it is done.
Tuesday we moved into Denver city for the conference and met up with other friends like Vikki from the ACE program  and her husband, he was too shy to ask to have his photo taken with me, which is sad I love my friends. 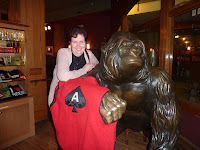 Every year they have a speakers reception in the Wincoop Brewery in Denver and I love it there, I have a very special friend there, seen here with Debra. They had karaoke on and people tried to get me to sing but I don't really  have a voice for singing ( or anything else).
Wednesday morning I was on the Ace Panel again this is rather a tradition as Alex Gorbachev introduced me to the audience last year.
Then we had an ACE birds of a feather lunch, what Is that? What birds don't have feathers? I sat with Alex and Vikki. 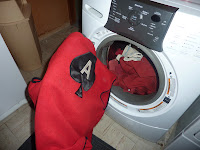 Back to getting dirty, once the conference was over it was back to John and Peggy King's for ANOTHER pizza party, and yet more mess. So Debra, who promised to be nice to me this trip, made the King's put me in the washing Machine. I hate the washing machine, it is like 50 minutes of torture, round, and round, and round, until I am sick and just when you think it is over, they take you out and then put you in another machine that not only moves you around again, but trys to burn your butt off. Still at the end of it all I smell nice, for a few days, till the next adventure!
Posted by Debra Lilley at 7:43 PM No comments:

I like children of my friends, and I like to blog about them.
My keepers all have children, Mogens has Viktor, Debra has Brooke, Dan has Jake and Anna. 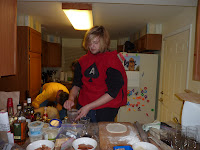 Other friends love to have their photo taken with me, like Mike Riley's children,  but this week I met the biggest child Jake, son of Robyn Sands. He is like 6'6" but I liked him, he was fun. 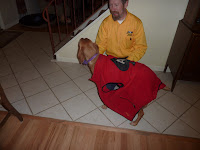 I also love dogs like Tilly, and Miss Molly, and not quite a dog but Aggie the Pig. This week I met Sophie a dog belonging to John Jeunette and of course she wanted to have her photo taken with me. 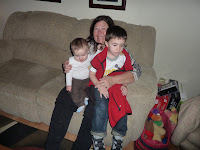 You see everyone loves me.

Posted by Debra Lilley at 9:09 PM No comments: 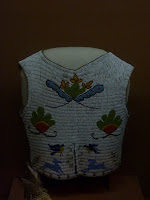 I have had girlfriends before, and has posted about them here and here; but this time I am so in love.
February is a time for lovers so it is only fitting I met my new love on valentines last weekend, this girl looks so beautiful and her keeper obviously put a lot of love into her decoration.
I met her in the native indian section of the Denver Museum of Nature & Science, She is shy like me and didn't talk much and actually she kept her distance, but I can dream, she is my desire.
Posted by Debra Lilley at 4:54 PM No comments: