I worry when I am not in trouble, because I know it is brewing.

The annual holiday in the mountains, is one of those times. People sit around having a great time, reminiscing about the past and talking about me with real affection.

Then POW something comes from left field that I wasn't expecting, and again I am the butt of the joke literally.

So I have grown to expect the worse, and the Tank Commander being here meant it was a guarantee. Yes I had the night by the fire (without being toasted with the marsh mallows), made new friends and relaxed. Yesterday the even asked me to go skiing with them and I thought it meant someone would wear me and I might at worse fall over in the snow.

Why am I so stupid, I went skiing with the Tank Commander and some new friends and as ever they are just too happy in this video. He has such a distinctive voice, listen to him in both the videos.


Posted by Debra Lilley at 9:04 AM No comments:

A Gift from The Tank Commander 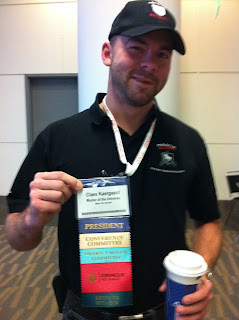 February may mean Valentine’s Day for you but to me it means Denver and my favorite holiday to Breck, now a firm tradition in my life. So it should have been fun, sometimes they do bad things to me but generally I survive and it is ok. 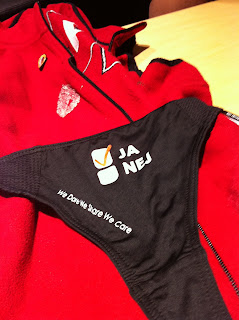 But not this year, as I said in the last post Keeper Mogens bought the tank commander. He was driving us to Denver from the airport and I was really frightened, but he just picked me up and threw me in the trunk. That is how much he despises me.

To try and stay safe I stayed in a different hotel but I couldn’t avoid him at the conference, although that was quite funny, he hadn’t been to one before and got quite excited by having a name badge and ribbons. Nothing special, I have a whole collection at home.

However the last thing I expected from him was a present, even if it was a very fetching thong!
Posted by Debra Lilley at 10:37 AM No comments:

I hoped he had forgotten me, after all he had been to war since last we met, far worse to contend with than me. I hoped he would have other things on his mind, the excitement of the holiday, his first trip to Denver, I hoped wrong.

Normally this is a trip I look forward to, lots of my friends, at least 2 of my keepers but ever since he told her he was coming I have been worried.

I wanted to stay at home but my fans are expecting me, the price of fame.

So what lowlife has me this concerned? Who thinks they can get the better of I Stanley ACE Director? The tank commander.

And how do I know he hasn't forgotten? Because just the other evening he reminded keeper Mogens and told other friends about that dayin the forest...

And now it looks like he and Mogens are in this together and I hear they went gun shopping yesterday.

This could be my last posting.
Posted by Debra Lilley at 7:26 AM 2 comments: