Up, Up and Away 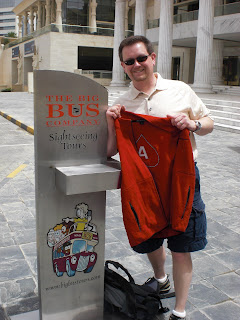 So what was the big surprise for Stanley in Dubai? As you know Stanley likes to travel and he had already done the Open Top Tour Bus with fellow ACE Michael Rulf and was brave enough to take a water taxi (the only cheap entertainment in Dubai) but this surprise was even better. 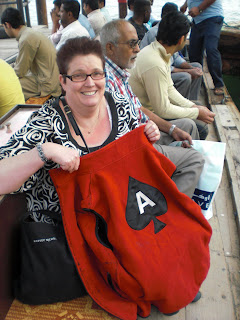 Dubai needs to be seen from above, the Palm and World Islands cannot be appreciated from the ground so I felt a helicopter was called for. Since STanley had behaved and promised to be quiet he was allowed on board. 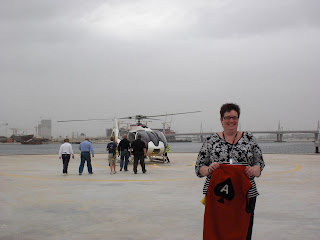 As we flew over the business area I pointe out the Oracle building and Stanley missed it, so the pilot simply swung around and 'buzzed' tee building for us. Quite the Royal Fly BY. 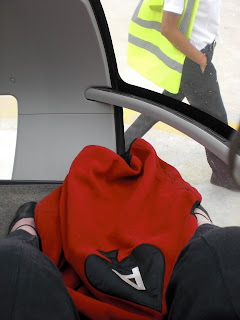 Posted by Debra Lilley at 3:52 PM No comments:

One hump or Two? 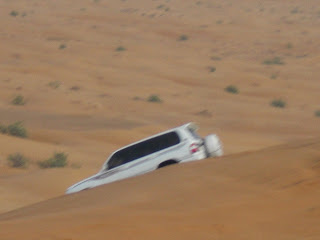 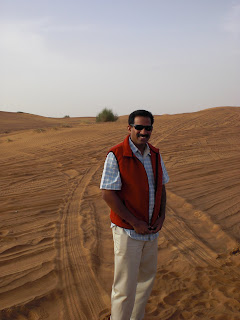 For me personally it was hell, I hate theme parks (and no comments about the ride at Disney Land Paris for the Oracle Kick Off last year), so the idea of a dune safari was not high up the list, and it was the worst fair ground ride I have ever been on. I felt as green as Stanley is red although friends tell me I actually had no colour at all. 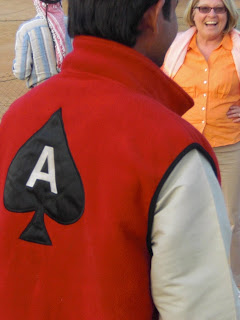 Our driver Omar (who insists his surname is Sharif) was good enough to look after Stanley when I could not, and this 'who should wear Stanley' became quite contagious and next was a camel farmer and finally a camel got in on the act as well.


Several people tried sand boarding or sledging and this time Stanley was not the sledge! Here is James Hobbs of OAUG having a go.

Oh and remember the Oracle 'stretchy thing'? It makes a good headband to keep your shemag headdress on with in the desert. Although if you want to do it the correct way, I have a video with Oracle's Cliff Godwin with the simple guide. Oracle Sweden are sending me some more so if you can come up with a great idea let me know and I might give one away. 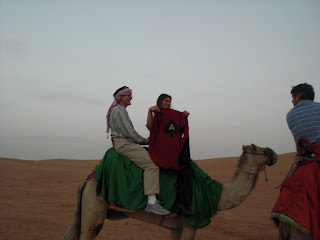 Posted by Debra Lilley at 3:21 PM No comments:

From Rags to Riches... 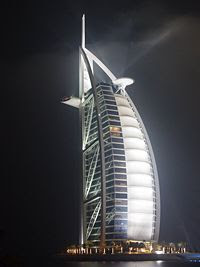 Stanley is a rag (but don’t tell him) and he has spent many an evening in the gutter but he recently went up in the world, well the 27th floor of the Burg Al Arab to be more precise.

He was sneaked into the Al Muntaha restaurant as he didn’t want to pay the AE500 ($145 or £100) for brunch, but as he promised to behave I promised I would consider taking him with us. ‘Us’ was a group of speakers from the OAUG Connection Point in Dubai. Normally Stanley is not about the finer things in life but I had to balance the fact that he had recently had a bath with his track record of getting into many food fights at this kind of get together, but after much persuasion from my fellow speakers and the important lack of his normal bad influences Dan Norris and Mogens I decided to relent and let Stanley join in.

Stanley did behave which is a good thing as all the other restaurant guests stared at Stanley as if he was something out of the normal. You would think he was the first vest to have brunch there. (I was not brave enough to take a photo but others did and it will be added soon).

The food was excellent with caviar, lobster, fois gras (ask Nadia just ‘HOW MUCH’ she ate) and every other kind of food imaginable, my favourite was the champagne jelly. Stanley did behave which is good as I had another even higher surprise for him later that day…..
Posted by Debra Lilley at 5:13 AM No comments: