Update on the 'stretchy stuff' and Summer with Stanley

Stanley is not here, he is (I hope) in the hold of a big tin bird ready for his trip to Dubai, for Connection Point 09. 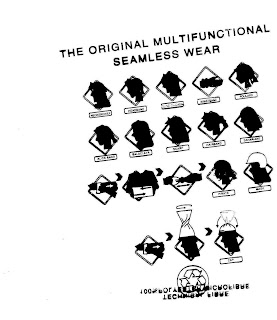 But when I was getting his luggage ready earlier I found the wrapper from the stretchy fabric. Apparently although I am not sure you can read it in the picture, but this 'must have travel accessory' can be used for all these things and even as an emergency dog lead! according to one goggle search I tried. It is at this moment encasing Stanley to ensure he does not get wrinkled in transit (perhaps I should try that on me).

In his last post Stanley was thinking about his vacation time and I am pleased to announce it is sorted. After Collaborate Stanley is meeting up with the Norris Clan and spending a few days with Mickey, and then for a real treat is going diving in Iceland with Dan and Mogens. I am not sure I trust either of these two and I certainly don't trust Stanley, but all 3 know how handy I am with a steam roller if they mess up. We will then be reunited in Monteray and ODTUG.
Posted by Debra Lilley at 10:32 AM No comments:

Could Stanley soon be homeless?

Stanley likes to travel, and if he doesn't he gets restless and may one day wander off on his own. I have tried my best to keep him happy and have taken him to many places since I took temporary control at Christmas. Just to keep Stanley occupied I am even taking him on a world tour starting at Easter, Stanley will visit Japan including a visit to Oracle Japan, Australia for Insync09, New Zealand and finish up at Collaborate09. From then till ODTUG he has nothing planned and would like to spend that month with someone from the ACE community who has some fun plans for that time. 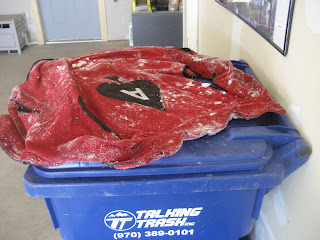 So if you are an ACE, attending both Collaborate and ODTUG and have something to offer Stanley, send me your plans and the best idea gets to keep Stanley for a month. Remember the object is not to spoil Stanley, but to ensure he gets what he deserves and yet survives for another day. Here you can see how he 'accidentally' got thrown out with the trash.

You also need to update his Blog so that all his friends and fans know what he has been upto. Photos are a must.
Posted by Debra Lilley at 12:45 AM No comments:

Is this the face of Stanley?

Have you ever been to a conference, been given a gift from a vendor and then discovererd you have no ideas what it is? 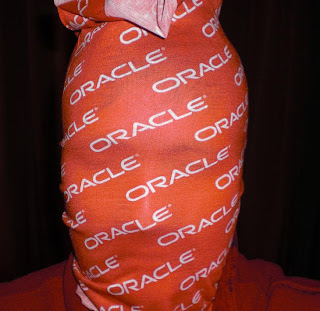 Well yesterday in Sweden Oracle gave me a small flat present wrapped in cellophane which I thought was going to be a scarf. But when it was opened it is a sleeve of a stretchy fabric advertising the company. At this stage I have no idea what it is for so I gave it to Stanley and he loved it, something he can wear to keep warm at night.

To say thankyou Stanley has decided to come out and show his face.
Posted by Debra Lilley at 11:01 PM No comments:

Stanley has been unwell

Stanley was unable to go to the Norwegian User Group last week because of logistics and has been sulking in his bag, but this week is the NAOUG or Nordic Apps User Conference and he has been very excited about that.

His last outing was Israel and he did seem to enjoy it in fact he put on a lot of weight always a sign of having a good time. When I got him home he also needed 'drying out' and I put him in the hot press or airing cupboard for a few days. To be honest I put him back in his bag after a few days because he whiffed a bit. 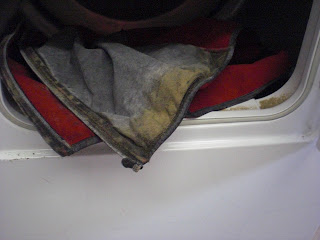 But when I took him out yesterday he was still damp so I was going to leave him behind but he pleaded and sulked ( a bit like a three year old) and I gave in. I put him in the tumble dryer to dry out but after 30 minutes there was the most awful smell in the kitchen, similar to my cooking attempts so I rushed in to find the tumble dryer was baking the sand left behind from Stanley as he dried out. Basically the Dead Sea mud. 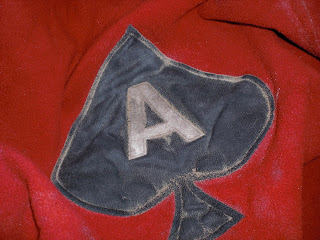 So I know I promised the ACE community who insisted Stanley did not deserve another bath, but I had to put him in the washing machine. My tumble dryer had to be left to cool down and then hoovered out of the sand and Stanley smells a bit better, has lost the excess weight but is still very scarred from the steam roller incident and the ACE logo does look like it has been stone washed!

Lets hope he behaves in Sweden!
Posted by Debra Lilley at 10:57 PM No comments:

Highs and Lows for Stanley 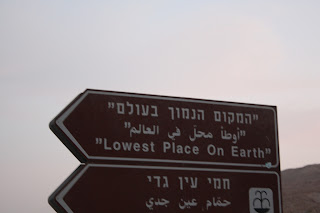 Unless Dan Fink takes Stanley to his next trip to the Himalayas I suspect Breckenridge will be one of the highest places 9600 ft or 2900 metres, that was just two weeks ago and now Stanley has just spent the day at the lowest place on earth 422metres (1385 ft)below sea level at the Dead Sea in Israel 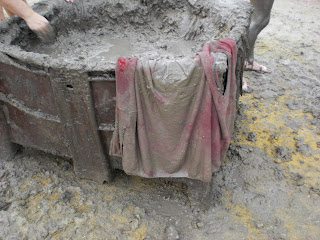 Stanley has had a hard life but the therapeutic benefits of the Dead Sea mud seem to help most people so I thought it only fitting that Stanley should not miss out! 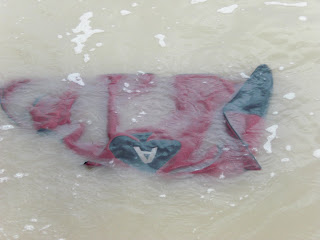 Of course no visit to the Dead Sea would be complete without a float and Stanley is not one to let an opportunity go.
Posted by Debra Lilley at 9:45 AM 1 comment: